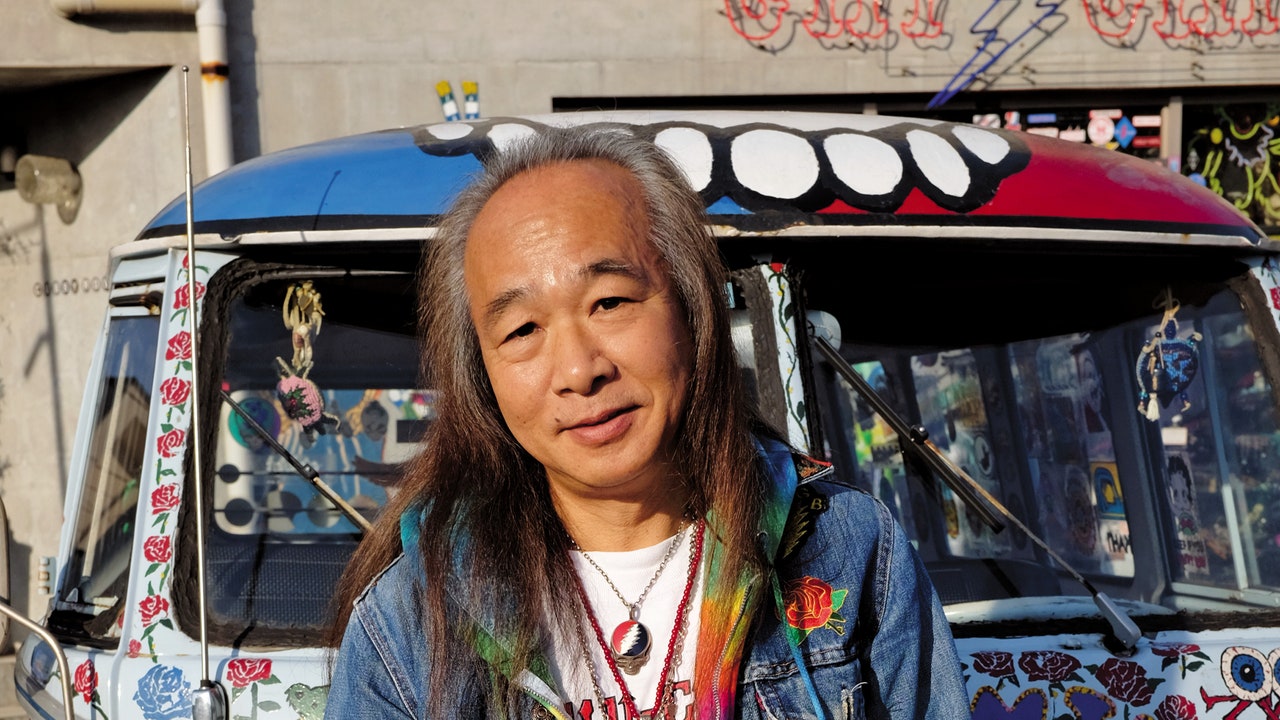 Fashion’s favorite fast-talking, camera-wielding mensch Mordechai “Mister Mort” Rubinstein has made a name for himself documenting the subtle details of menswear at street level. “Beauty in the everyday uniform” Rubinstein is his mantra—and the hashtag he favors on Instagram. The work he’s done for movies such as Uncut Gems speaks to his love of real style on real people. You’ll just as easily find him styling-spotting at a rodeo as you will at the men’s shows at Pitti in Florence.

Rubinstein found himself entering an entirely new world of imaginatively dressed men and women when GQ assigned him to cover a Dead & Co concert at Madison Square Garden back in 2017. For the photographer, the experience was enthralling. “It is like a religion, and as someone who grew up very religious, I get it,” says Rubinstein who was raised Orthodox Jewish in the Chabad-Lubavitch community of Crown Heights. “These people have something to hold onto.”

The project was the starting point for his first book, A Long Strange Trip into the Magical World of Tie-Dye, which chronicles the groovy looks of Deadheads. It’s a cornucopia of bootleg and DIY looks, fans you and old, extreme patchwork, and a kaleidoscope of thrilling colors. Within its 234 pages, Rubinstein takes readers along his travels to eight cities across the U.S. and Mexico on the Dead and Co. tour led by Grateful Dead OG Bob Weir. There are countless fashion moments captured in the crowd. In Riviera, Mexico he finds a particularly well-dressed superfan with New Balance sneakers that are tie-dyed and hand-painted with the Grateful Dead’s Stealie logo—tie-dyed shoelaces, included. At the Gorge Amphitheater in George, Washington he comes across a man in a pair of XXL baggy pants made of torn-up, Grateful Dead patches, the kind of meticulously hand-sewn piece that’s a sight to behold all on its own. And it’s not all die-hard fans either. One woman who appears in the book explains that she’s “never heard of the band” and was merely drawn to the aesthetic, a testament to the enduring power and influence of the Grateful Dead’s style. After all, the iconic dancing Grateful Dead bear logo, drawn by Bob Thomas in homage to producer Owsley “Bear” Stanley,” is as recognizable to music nerds as the Gucci monogram is to fashion fans.

Rubinstein’s trip-tastic awakening aligns with a mood we’ve also been seeing in the world of fashion. Over the past few seasons, there’s been an uptick of tie-dye on the runway at brands such as Louis Vuitton and Dries Van Noten. Cult DIY labels like Online Ceramics, have been on the rise as well. The popularity of the merch touches the celebrity universe, too: The saint-of-fits, Jonah Hill, makes a cameo in the book with bleached hair dressed in a suit jacket and an orange tie-dyed shirt. John Mayer, who toured with the band, makes the cut, too. “Watching him [Mayer] play is magical. He was playing in head-to-toe Kapital and Visvim next to Bob Weir who was in three-quarter capris with a sleeveless muscle tee with Birkenstocks without socks!” he says.

As with all of his subjects, Rubinstein approaches everyone with a considered sense of curiosity, meticulously retelling the stories behind the clothing and accessories. In one instance, he photographs a man with huge jeans that are made entirely from collected Deadhead patches, while another wears a tie-dye shirt with holes that he’s had since the ’80s. “If I stop a guy, I’m like, ‘Oh, that shirt is so cool. It is like a Calvin and Hobbes comic, but it is like a Dead thing.’ The guy is like, ‘Oh, yeah. I got this at The Lot in 1980 in Boulder. I got it for my daughter but she never fit into it. It has some holes but glad you appreciate it,’” says Rubinstein. “I have to stop and listen to them, and be patient and listen.” It’s time well spent—he doesn’t miss a beat.