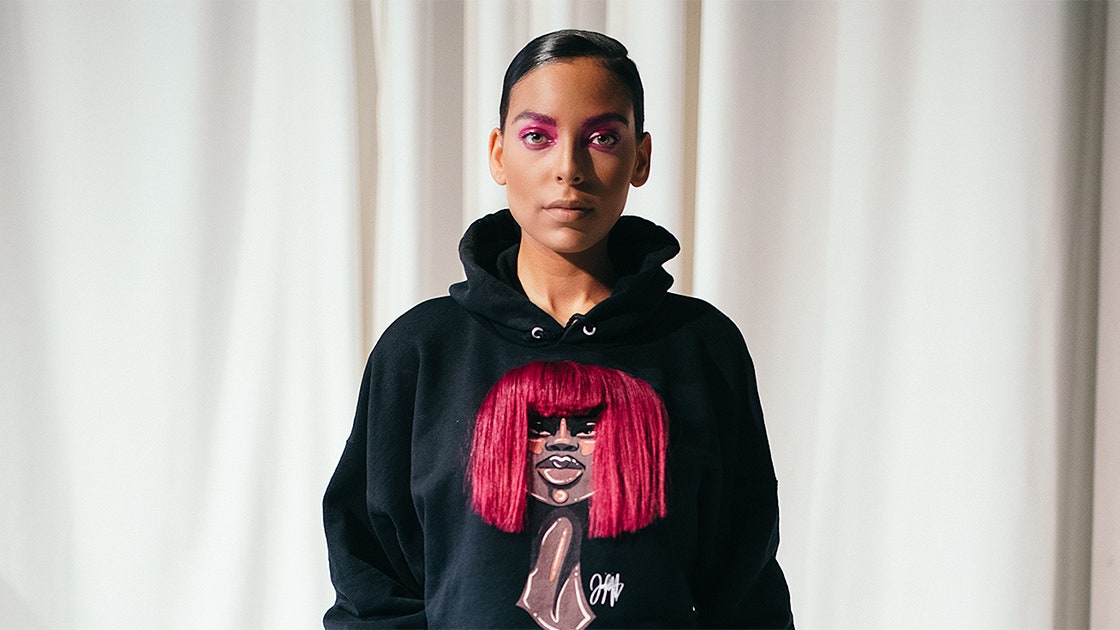 Last night, the first of New York Fashion Week, Harlem’s Fashion Row celebrated its 13th annual Style Awards and fashion show event, but gone were the flashing cameras, the red carpet, and the glamorous venue. This year’s program, like the vast majority of shows and events this season, was produced entirely online. The pre-recorded video was emceed by former Ebony Fashion Fair commentator Audrey Smaltz along with HFR’s founder Brandice Daniel. The evening’s celebrations, Daniel noted in the video, were centered around the theme, “Black is the New Black,” and represented the fact that Black creativity across the board, but especially in fashion, has always been here, even if it’s been brushed aside or ignored by the industry in the past. She and others who spoke via Zoom and iPhone cameras referred to the annual event as “a Black family reunion,” and the community aspect was palpable, even viewed through a laptop screen.

Celebrity stylist Jason Rembert made an appearance, as did the “lifestyle architect” Misa Hylton and designer Dapper Dan. At one point, Hylton honored Daniels and her work of over a decade with HFR, saying that it’s “special to have a Black woman leading this movement.” Indeed, as Daniels pointed out, the organization is “more than an organization, it’s a movement.” She took time to acknowledge all that HFR has accomplished over the years and specifically during the last six months. In addition to forming major brand partnerships with childrenswear line Janie and Jack, Nike, and Gap, HFR also received a $1 million grant from A Common Thread, which Vogue Editor-in-Chief Anna Wintour acknowledged on camera during the virtual event, saying that she was grateful to Brandice and the HFR organization and looks forward to continuing the partnership together.

Last but not at all least came the annual HFR fashion show featuring the work of designers Kimberly Goldson, Richfresh, and Kristian Lorén. Each designer showcased their fall 2020 collection, which are available to buy on their websites now, via individual pre-produced runway scenarios, all filmed in L.A. over the last two months. While Goldson’s collection paid homage to the beauty of Black women’s hair, Kristian Lorén Lopez showed a lineup of ’70s-inspired dresses and suits that honored Black female film icons of that era like Tamara Dobson and Pam Grier. And Patrick Henry, the designer behind the brand Richfresh, riffed on his celebrity-beloved bespoke suiting with sharp tracksuits and kimono-style silk robes.

Each of the three designers have also created their own childrenswear capsules for HFR partner Janie and Jack. At the start of an unprecedented fashion month, the digital HFR event was a reminder of how powerful disruption and change can be.