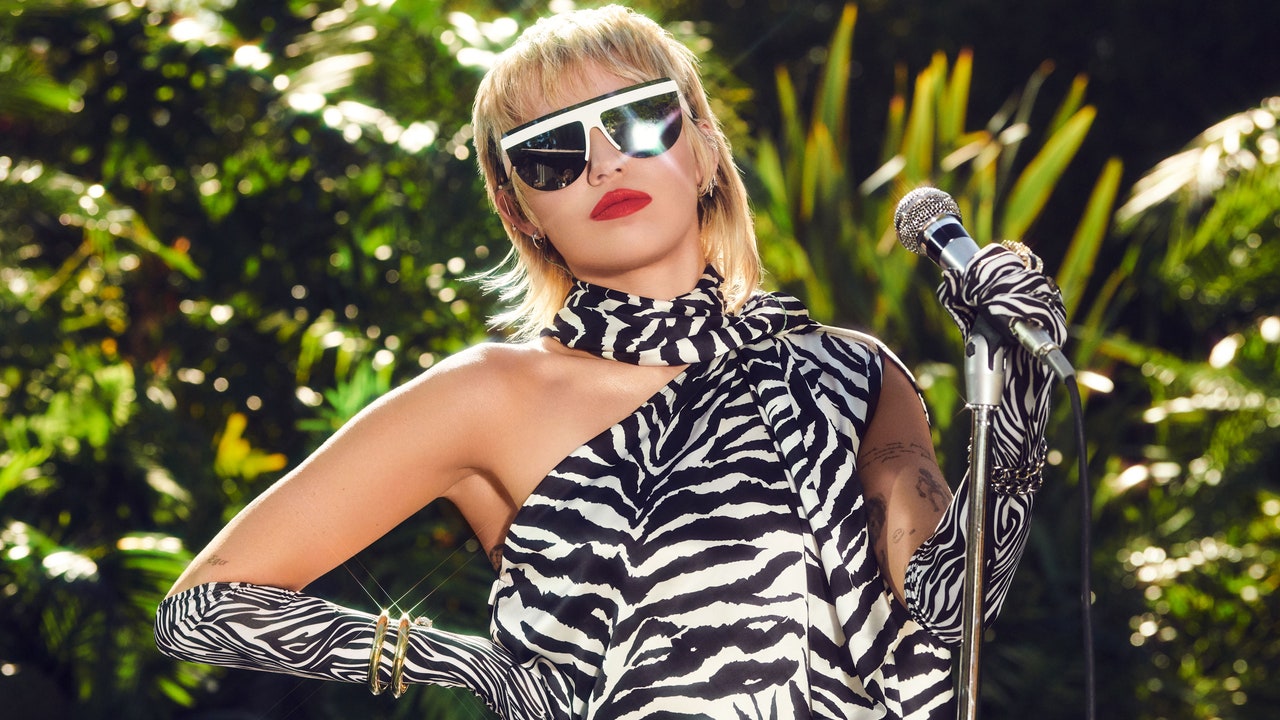 If you grew up in the ’90s or early ’00s, you likely remember MTV’s Unplugged specials. The stripped-down concerts featured the era’s biggest artists playing acoustic versions of their hits. The show may have concluded in 2009, but its legacy lives on in classic sets from Nirvana, Jay-Z, Eric Clapton, and many more. Fans have long been eager for an Unplugged reboot, and in a rare 2020 bright spot, MTV has provided one. Tonight’s MTV Unplugged Presents Miley Cyrus Backyard Sessions offers a modern update on the concept.

Staged at Cyrus’s Los Angeles home, the event draws inspiration from the “Unplugged at Home” web shows that have been happening since spring and Cyrus’s own popular Backyard Sessions series, but takes things up a notch. Cyrus could have grabbed a guitar and played to a webcam, but, showman that she is, she turned her garden into a stage instead. Joined by her aptly-named backing band, The Social Distancers, Cyrus performed a set that included inspired covers (her rock remix of Britney Spears’s “Gimme More” turns the song on its head), a duet with little sister, Noah, and tracks from her upcoming studio album, She is Miley Cyrus.

If the setlist wasn’t surprising enough, Cyrus and stylist Bradley Kenneth collaborated on a series of dramatic outfits to accompany each segment of the show. The glam-rock vibe the star has embraced during the promo for her seventh studio release continued during her backyard concert. The clothes may have been sourced from the runways, but the combinations Cyrus and Kenneth made nodded to the style of the late ’70s and early ’80s. A Margiela MM6 fall/winter 2020 zebra print top was worn sans pants during her rendition of Nico’s “These Days.” Paired with white sunglasses and long, animal print gloves, the piece looked like it was pulled from Debbie Harry’s closet. Python Versace with a plunging neckline felt just right during a cover of The Velvet Underground’s “Sweet Jane.” Donatella might not be the first designer who comes to mind when you think of Lou Reed, but the slinky dress and its belly-baring keyhole were unapologetically sexy.

When Cyrus’s sister Noah joined Miley onstage to perform Noah’s spiritually-minded single, “I Got So High That I Saw Jesus,” the pair wore all-black, with Miley’s transparent pussy-bow blouse and latex tights complimenting Noah’s daring lace-up leather top. By comparison, the long-sleeved, chartreuse Gucci gown that Cyrus wore for the show’s grand finale was tame, but it continued the glam rock theme. With its neon sparkle and glossy black collar, the piece from Alessandro Michele’s spring/summer 2020 collection was bold in its own way. A striking finish to a fashion-filled set.