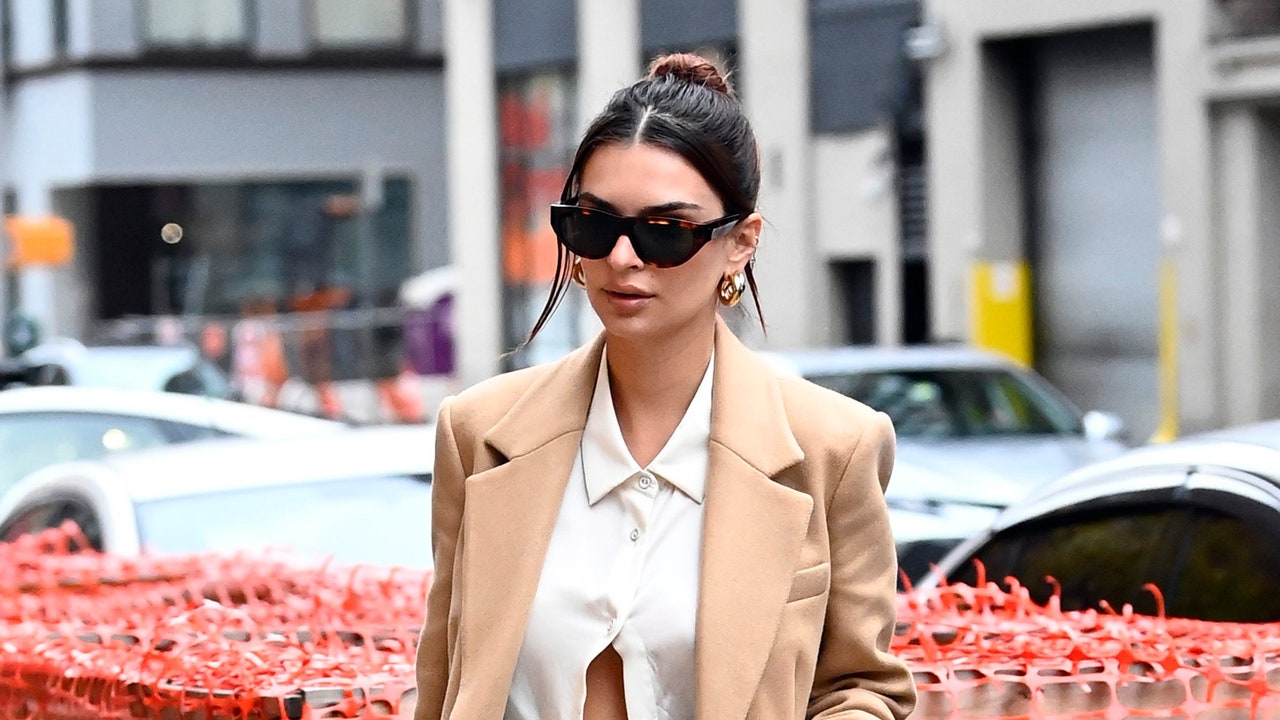 Emily Ratajkowski is already off to a midriff-baring start with her maternity looks. Just this past week, after announcing her pregnancy to Vogue, the model-actress-businesswoman stepped out in a bodycon dress with a cut-out as a chic celebratory moment. And yesterday, Ratajkowksi took another unlikely approach to styling her bump. She opted for a camel jacket and tucked her vintage Levi’s into her knee-high brown boots by Paris Texas. And while the slouchy denim and boot combo is a standout look on its own, the head-turning detail was how Ratjkaowksi wore her classic white collared shirt by Uniqlo: The oversize top was buttoned at the top but left open for a complete baby bump reveal. Classic EmRata.

The look was not a surprising fashion choice on Ratajkowski’s part. She had been concealing her pregnancy for a few months now and is now ready to let the world know. Her stylist, Vogue alum Emma Morrison has already taken some outré inspirations into consideration, such as Amber Valetta in bodycon outfits and Shiv Roy from Succession. In other words, we’re sure that this isn’t the last of the chic, midriff-baring outfits that we will be seeing from Ratajkowski.