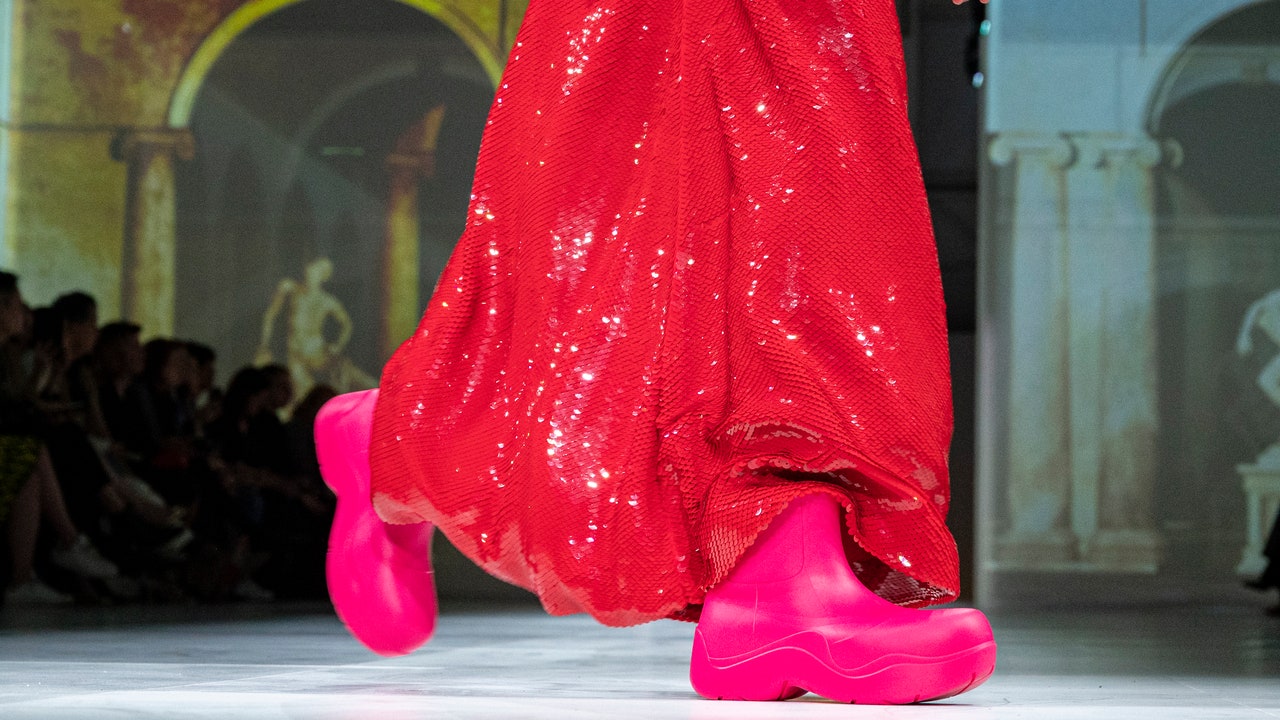 Numbers don’t always tell a complete story, but at the end of each year, we’re always curious to see which fashion items got the most clicks or highest spikes in search volume. Forget the runways; what did people actually buy and wear? More often than not, the “must haves” can be explained by major headlines or moments in pop culture. But in 2020, a year marked by a global health crisis, staggering unemployment, and a contentious election, what we liked and bought arguably meant even more. If we purchased anything new, it was likely comfortable—loungewear remains the best-selling category on the market—or sent a message about our beliefs.

Over the past few days, we’ve narrowed down 17 of the year’s most-wanted accessories, shoes, sweatshirts, and more. In some cases, we looked to data—see: Harry Styles’s TikTok sweater—while others came from our own observations, like Bottega Veneta’s oddly uplifting rainboots. Scroll through them all below.

The Bushwick Birkin, as it’s come to be known, isn’t new. Telfar Clemens started making his vegan “shopping bag” totes in 2014, and while they’ve always been hard to get, the obsession reached a fever pitch in 2020. A surprise restock in July reportedly sold out in seconds, and the resulting frenzy became almost as newsworthy as the base themselves. The bag got another boost when congresswoman Alexandria Ocasio-Cortez wore it on Capitol Hill; according to Lyst, searches for Telfar spiked 163% the following week. GQ called it “fashion diplomacy done right,” and pointed out how Telfar’s slogan, “not for you—for everyone” jibes nicely with AOC’s own beliefs.